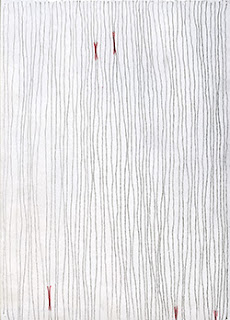 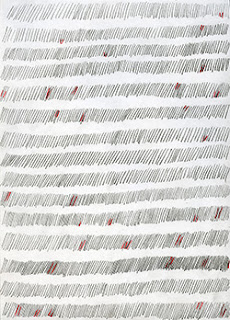 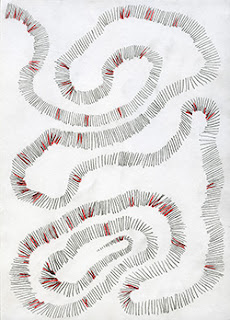 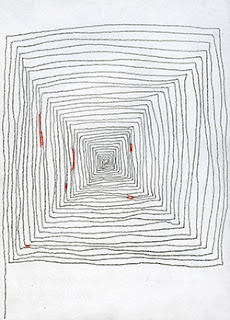 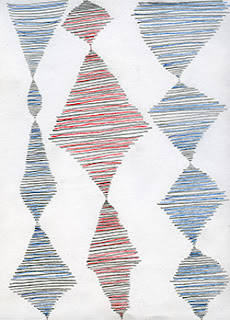 For decades, Valera and Natasha Cherkashin have added layer upon layer of philosophical and political ideology to their masterful works of photographic genius. With exhibitions, lectures and talks on an international stage, the art of their images have recently been compiled into a 254 page publication entitled, Actions, Happenings and art performances 1962 – 2016 _ Night with a Pioneer Leader, which delves into a history of 2 artists_a husband and wife team, and the legacy of their talent. What inspires them may not offer an easy answer. Perhaps it is a fearless energy to defend beliefs, or a lifetime of a Soviet regime. Perhaps it was Perestroika, the political movement and the "openness"policy that led to the reforms of the Soviet political and economic system during the1980s that allowed for such ambitious work.


2017, and we turn to NEW DRAWINGS_a new series. Compelling, simplified lines detail this new work. Like a fingerprint, no two are alike. Yet, they engage you and hypnotize you. Why now, and why this direction? This mystifies me. These works are “anti-chaos”_ far from anything we have seen from them before. I am reminded of Edvard Munch’s “The Scream”. In my mind’s eye, I see the face, but above all, it is his wavy lines of color drawn on paper that grips me. Is this, the Cherkashin’s return to the pleasures of life drawing, sketchbooks, student impressions before the intrigue of cameras and film came into play? In conversation with Valera, he explained that he intuitively went to the origins of his drawing, before professional training, with the desire to catch that primary element, a thrilling feeling of a simple touch to the paper. It was joy from a simple touch and moving a pencil over a piece of paper, while anticipating the source of something important and mysterious. The beginning of something infinite and desirable, but still completely unknown.

Lines provide the foundation to every form of art. It reveals forms, displays length, width, tone, and texture. My consideration is that the Cherkashin’s intention in these drawings is to remove oneself from the chaos of modern times and find solace in simplicity. In addition, as line itself denotes direction, it is fair to state these lines are visual directions which may be seen as a metaphor for contemplation on the orientation of one’s life_ a course that is extremely personal to an artist as well as each and every viewer.

The work is powerful and profound.