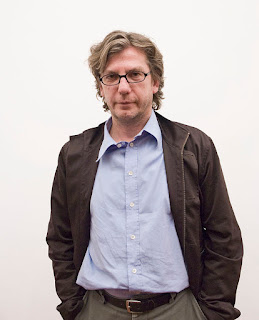 by U Gen Ghen

In 2003, Thomas Ruff published a photographic collection of "Nudes" with a text by the French author Michel Houellebecq. Ruff's images here are based on Internet pornography, which was digitally processed and obscured without any camera or traditional photographic device. In 2009, the aperture Foundation in New York published jpegs, a large-scale book dedicated exclusively to his monumental series of pixelated enlargements of internet-culled images, all compressed using the standard JPEG format which intentionally uses JPEG artifacts.

His Substrat series, based on images from Japanese manga and anime cartoons, continued this exploration of digitally altered Web-based pictures. However, he alters and manipulates the source material such that the work becomes an abstraction of forms and colors with no visual memory of the original source material. On February 7, 2011, one of his Nudes pictures appeared on the cover of New York Magazine.