_a cry of outrage. artist’s expression sanctioned. where is the freedom of expression? / renay elle morris. 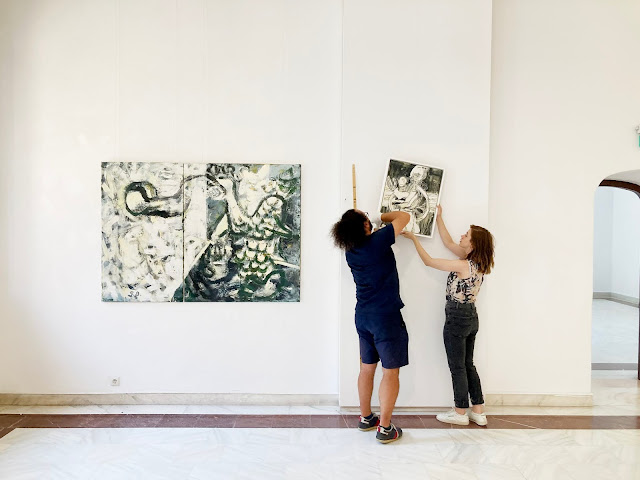 The Venue: Ground floor of the Brancovenesc Palace / Bucharest, Romania

A new exhibition “Time Rush | Solo Show” was to be presented. The artist, Genu Berlo, and a host of supporters and guests were delighted to welcome Berlo, and enjoy the celebratory opening of his new works painted on canvas to champion the genius of his creative energy. Time Rush, as written by his curator Ana Negoiță, is a contemporary, recontextualized visual discourse about the painting and its valence. Genu Berlo channels the viewer’s perspective, by bringing to the surface the very “dermis” of the canvas, through the dialogue between texture, chromatic relations and graphism.

Without provocation, and scant of notice, the exhibition of the paintings, as Negoiță continues “...a neo-expressionist study filled with ancient characters, fantastic beings, gods and heroes from the old Sumer, Egypt, Inca, Machu Picchu, angels, and other biblical and mythological figures….”, was yanked from the venue. Closed. Astonishment followed. After all, the paintings passed the presiding committee and council voting process. What happened? 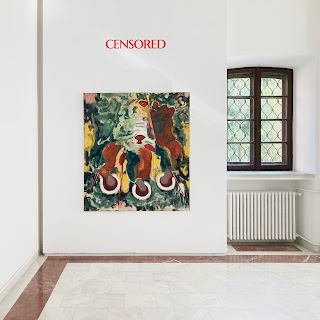 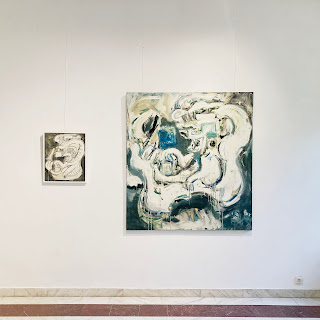 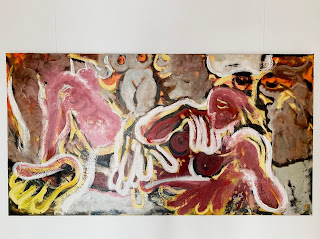 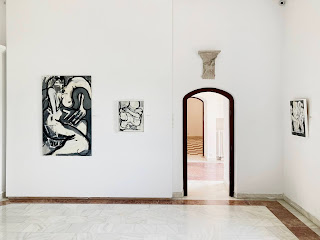 See more on the artist's page.

The explanation of the board of directors of the “Palatele Brancovenesti” was in a shell:

“...no matter the source of inspiration, the painting must respect the dogma of the inspiration piece.” and "...it harms the sensibilities of orthodox practitioners".

“I felt very confused-annoyed and found it strange that it could happen today in a public space. People are naturally given the freedom of speech and expression, and I think it is not by law, but by nature.  And in general people and groups can create their own domain of expression, but the management of the institution has not defined that cross line at the moment I responded to the public open call for the project. I was not notified from the beginning that I should meet certain criteria, not to expose nudes or icons. Which are not icons, actually. It's contemporary art. It's completely different.

For me as an artist it was more interesting to understand the motivation and action of the institution, which implicitly contains a theoretical critique; it marks a question I had not thought about before - whether or not the artist is allowed to interpret universal cultural values regardless of the context.  How does my interpretation affect the sacredness of Rubliov's icon? I do not interpret the theological and dogmatic significance of Rubliov's icon. I plastically articulate my soul's reactions to its sublime beauty. For me the way of expression I used was not a devaluation of ideas about the sacred space, on the contrary, it gave them more weight in a good way. My “after Rubliov” and "Trinity" paintings may seem upside-down but they are not. For the inner eye it is an unformed perspective of the divine and should remain in that realm, an emotion. For the outer two eyes it is a shadow reflection of the divine persona, at which you cannot look directly, as it is said.  God is not the symbolism in the collective's mind (see Dionisie Areopagitul), and my painting is not against the Christianity symbols as some would rush to interpret. It is of course mystical if you will. So of course it is hard to digest for a world which is terrified to look inside.

This exhibition managed to ignite the public forum. I am not looking for confrontation, nor to shock, but I stand by my questions regarding the significance of the artistic act. It seems to me that it can be a good thing and that it can lead to a Romanian public debate of a normal, cultural nature. I don't think I have answers, I just do my duty to ask questions through the art I do. ”